Manvir was born in Etobicoke and raised in Brampton, ON and started coaching locally in academies and camps at the age of 15. Manvir started his playing career with Brampton East and shortly moved on to the Ontario Provincial and NTC (National Training Center) Program. Through the NTC Program, Manvir was able to represent the Canadian National Team at ages 15 and 16. He later was awarded an Athletic Scholarship to represent Simon Fraser University at the NCAA (National Collegiate Athletic Association) level. He also gained experience playing with Southall FC (UK) from 2013 to 2015. He graduated with a Bachelors Degree in Criminology from Simon Fraser University. 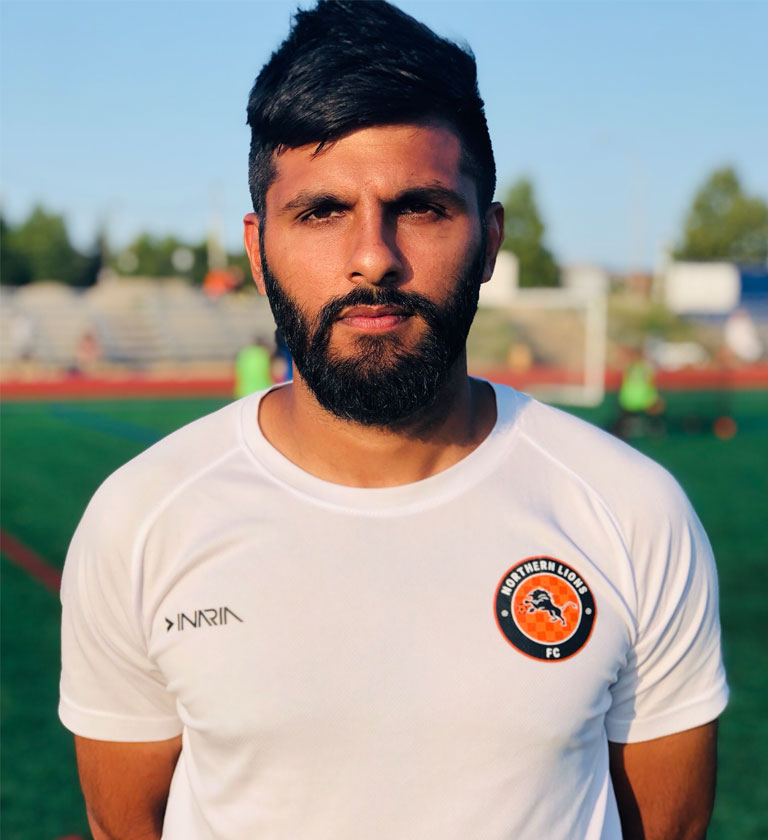